I helped redesign the Femsplain website, a community for female and non-binary people to share their stories in a safe, encouraging space.

Having met Amber Discko online and working with them on Lasuni, we have been long-time friends and collaborators - over 10 years! First on Femsplain then later on Aloe Bud.

Amber both recognised the need for a safe digital space to share personal essays and firmly believed in the power of sharing them with an inclusive community to change hearts and minds. With that ambition Femsplain was born, sharing hundreds of personal stories from female and non-binary individuals.

I redesigned and helped code an updated Femsplain website focusing on what made Femsplain different: personal stories with a monthly theme. Readers could browse through themes that interested them using the main theme box in the top navigation, it also drew attention to the current month’s theme as well as any partnerships. 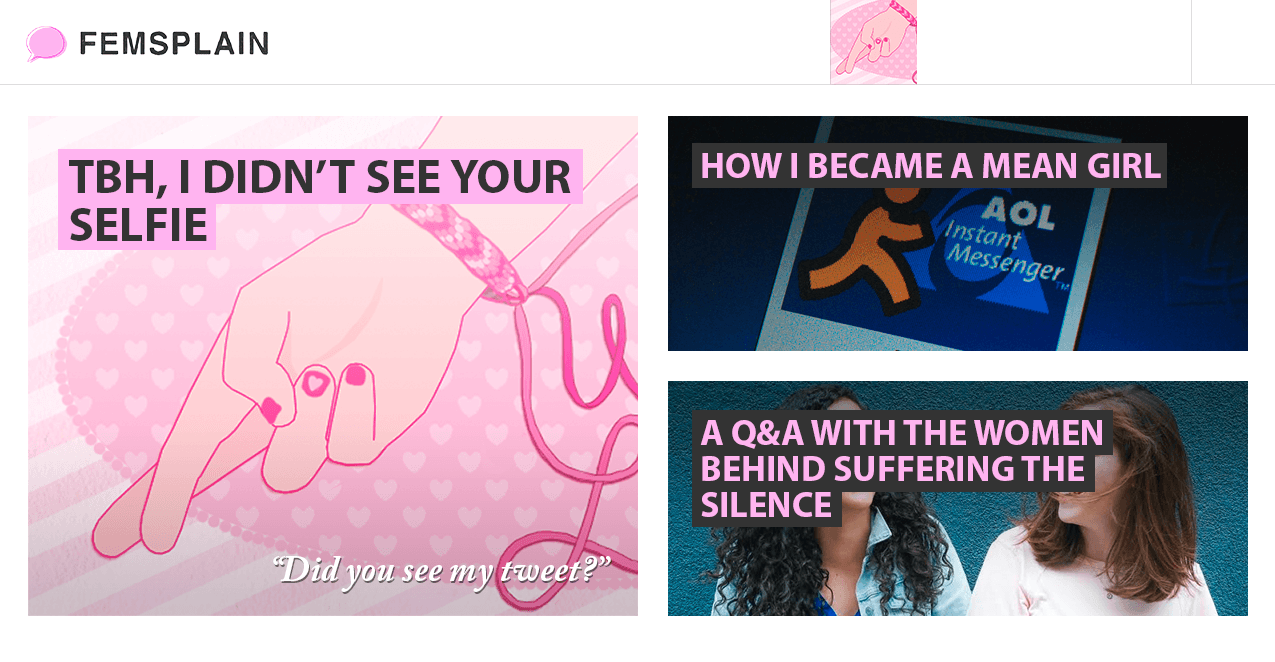 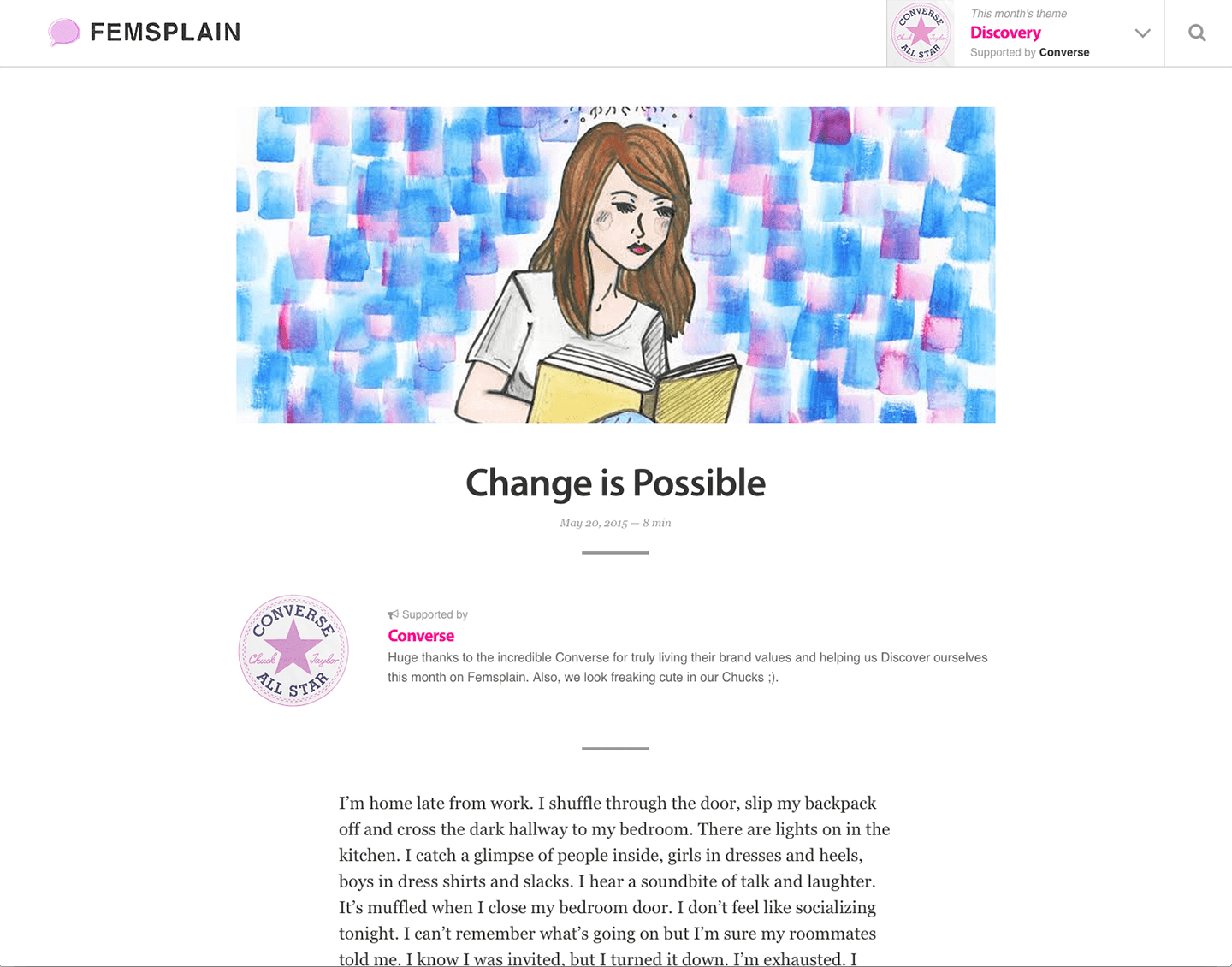 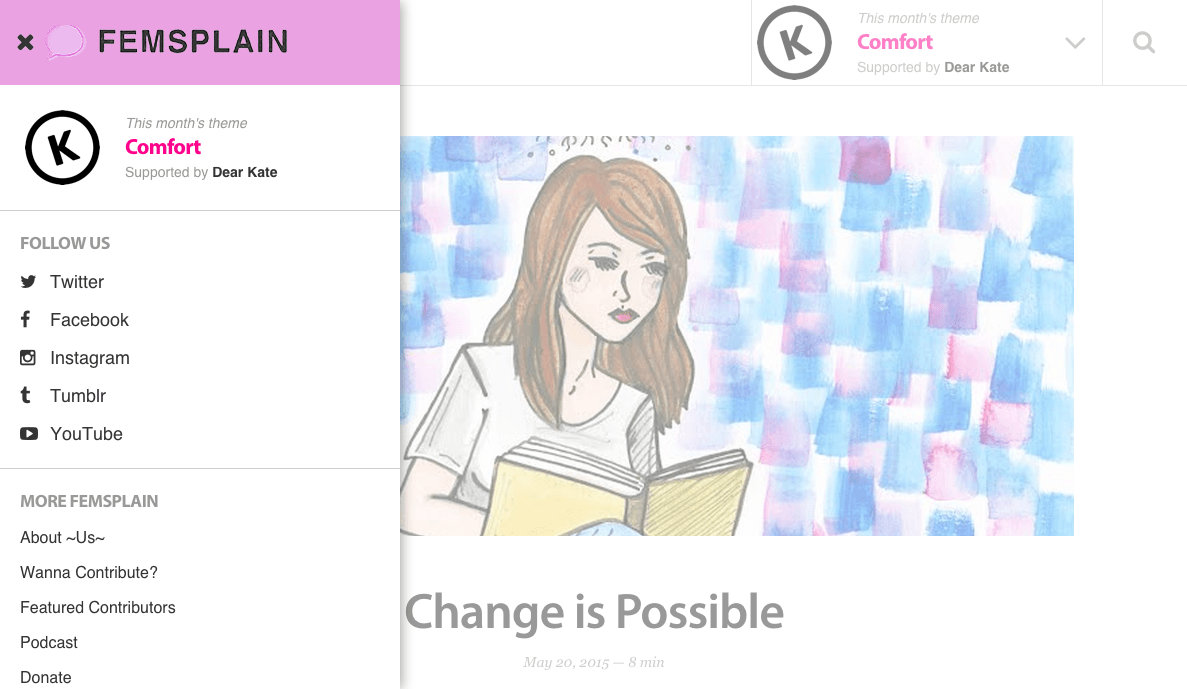 Femsplain was so successful that it drew the attention of Medium who wanted Femsplain to be a launch partner for their new publications on Medium. Ultimately, they decided to move as this helped attract an even higher readership, access Mediums ad tools and meant time could be focused on sharing personal stories, not web development.

As of June 2017 Amber took the difficult decision to archive Femsplain so they could focus their energy on Aloe - building self-care tools. At the time they explained the move:

“This is not goodbye, but rather a natural evolution of our core values. Femsplain helped sparked meaningful discussions and ideas about what it means to live and breathe in our diverse current realities, and we see Aloe as an exciting opportunity to put some of those ideas into real-life practice through tangible, accessible and affordable tools.”

While Femsplain may not still publish stories, I’m proud to have played a small part helping to amplify the stories of female and non-binary individuals. The Femsplain community is still going strong on Twitter.

I mean, we're friends so can you really trust them?

"Everything he touches becomes beautiful. I’ve been friends with David for almost 15 years, but I’ve also known him as my creative partner. Since the age of 17 we’ve worked together on all types of projects ranging from branding, to UX/UI, to creating entire virtual worlds. David has the ability to take assets and a vision and turn it into something that feels like it should have existed all along. I love working with David and I can’t recommend him more highly to anyone. My mum loves him!" 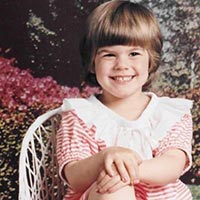 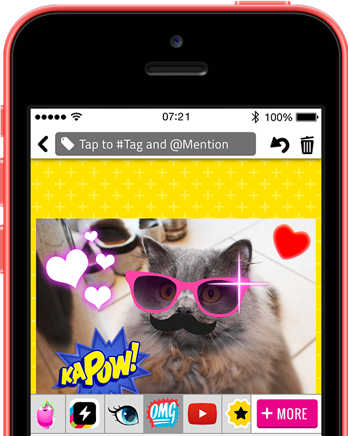 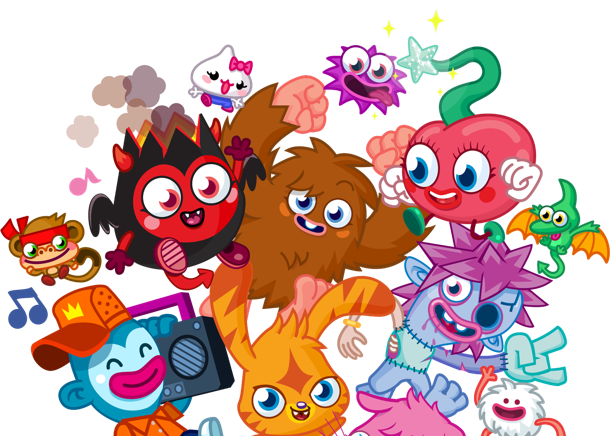